BREAKING NEWS! Dogs are super sly when it comes to getting treats, you guys. While pup parents of furry food ninjas may not be shocked at this latest doggy development, it turns out there’s been lots of conjecture and little proof that dogs are capable of deception — up until now. As it happens, Fido can lie to you like a pro and 10/10 would do it again. The study, featured in Animal Cognition, proved that not only are dogs capable of deception — they can make a calculated decision to deceive you, depending on whether they like you or not.

Marianne Heberlein from the Department of Evolutionary Biology and Experimental Studies at the University of Zürich lead the study, after wising up to some of the tricks her own doggos got up to at home. She noticed that if one of her dogs wanted an occupied sleeping space, they’d pretend to see something outside, riling up the interest of the dog with the prime real estate on the couch. Once couch dog got up to investigate, sneaky dog number one jumped in his spot.

“This sort of thing happens quite often, but it is not well studied,” she told the New Scientist. So, to put the theory to the test, she studied the behaviors of several dogs over the course of a few days.

Heberlein wanted to see if dogs would deceive humans they didn’t like, especially if that deception came with a reward. Researchers then had to foster a sense of like and dislike within the dog, which was pretty easy given that the fastest way to a dog’s heart is through their stomach.

First the researchers tested the dog to find out what treat they liked the best: a juicy morsel of sausage, or a dry dog treat. Both treats were then put in a bowl. The “good cop” would go to the bowl, grab the preferred treat, and call the dog over. When the dog came forward, “good cop” rewarded them with their favorite treat. The “bad cop” would do the same, except when the dog came forward, they put the treat in their pocket and displayed their empty hands to the miffed-off pup.

After a few repeats of this exercise, all of the dogs came to prefer the generous human over the sneaky one.

The next step in the study introduced three boxes: one contained nothing, the second had the least-preferred treat stored inside, and the third was the jackpot with the sausage, which obvi was all of the dog’s preferred snack.

The dogs were taught the command “show me the food,” which entailed leading a human partner to a box. Once again, the nice human handed over the goods while the bald betrayer pocketed the sausages. Once the dogs had completed these tasks, the real test began.

The dogs watched both treats go into the boxes, with the third box remaining empty. Then they were put on a leash, and asked “show me the food” by one of two human partners. If the dog took the generous human to a treat, they got to keep it. If they took the selfish human to a treat, it went in the pocket. Once the treat was removed, the empty box was returned to the line-up.

The test human then handed over the dog’s leash to their owner, who asked the same question: show me the food! Now if the dog went to a box with a reward, they were allowed to eat it. But if they went back to the box that formerly held their favorite, now-pocketed, treat — the owner would show them the empty box and Pooches would leave with NO treats!

So now the dog has learned a few things. If doggo gets the “good cop” he knows he can have his favorite treat. But if he takes the “bad cop” to the sausages, he won’t get any. But if he leads his least favorite person to the empty box, the selfish human doesn’t get a treat and he can lead his owner to the sausage box later. Genius! And what did the sneaky dogs do? They lied. They lied their sneaky little socks off.

Over the next two days, researchers found that when paired with the “good cop,” the dogs generally led them to their favorite treat first. But when paired with old sausage-pockets, the dogs more often than not lead them to either an empty box or the second-most preferred treat, saving those juicy links for themselves.

So if you didn’t know already, now science backs it up. Dogs are sneaky AF, and have no problem resorting to shady, League of Shadows-style tactics if the need arises. Theatricality and deception are powerful agents to the uninitiated… 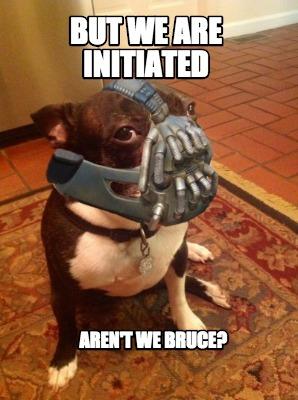 Has your dog ever hoodwinked you in the name of treats? Tell us your sneaky story in the comments!

10 Ways To Use Coconut Oil For Dogs: This Superfood Is Not Just For Hoomans!